The government now says that 30 people have died and another 12 are in extremely critical condition, but other sources claim that there could be as many as 150 dead once it is all said and done.  But why would the government hold back the real numbers?  Maybe it’s because they made several disastrous decisions when they refurbished the building to save money.

Listening to climate change warriors instead of experts in the building industry may have caused the disaster.  In order to make the building more “climate change friendly” they put on a cover of cladding to reduce energy consumption.  The government went with the cheapest bidder which led them to use very cheap materials that burn like crazy over the more expensive but less energy efficient concrete.  That caused the fire to rage upward with all that fuel in the cladding. 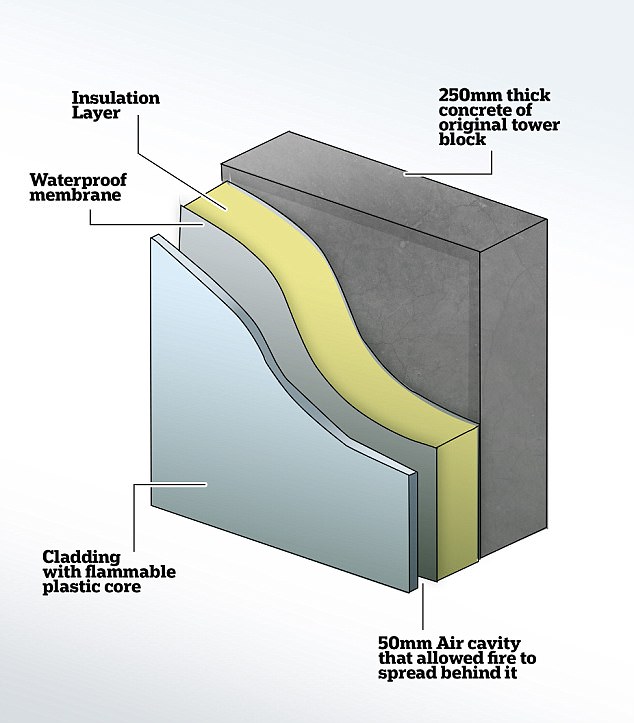 Secondly, it was recommended that they install an inside evacuation stairwell in case of fire but that was rejected because of the cost.  Had it been installed, people on the upper floors would have had a way to escape the deadly blaze.  The cost of the cladding put that design out of bounds by those in the government overseeing the project.

‘The surveyors weren’t happy about it, but every time we brought it up with management they said “we hear you, but we simply can’t spend the money on upgrading the building”.

‘It was built in the 1970s and the council didn’t want to spend the money needed to bring it up to date because it would have cost so much money and taken so much work.

‘The materials they used for the cladding was a cheap mixture rather than the more solid concrete.

‘The cladding created a gap between the wall which caused the fire to spread even quicker throughout the floors.’

Now, serious questions have been raised for the company behind the massive renovation project – on the same day it emerged the boss behind the refurbishment does not know what the cladding is made from.

Checks are to be carried out on tower blocks going through similar refurbishment to Grenfell Tower, policing and fire minister Nick Hurd has said.

Northern Ireland’s Housing Executive has already confirmed is to undertake health and safety inspections of each of its 32 tower blocks following the fire after concerned residents contacted them.

Prime Minister Theresa May said there will be a ‘proper investigation’ following the Grenfell Tower fire, adding: ‘If there are any lessons to be learned they will be, and action will be taken.’

H/T The Mail Online and The Express