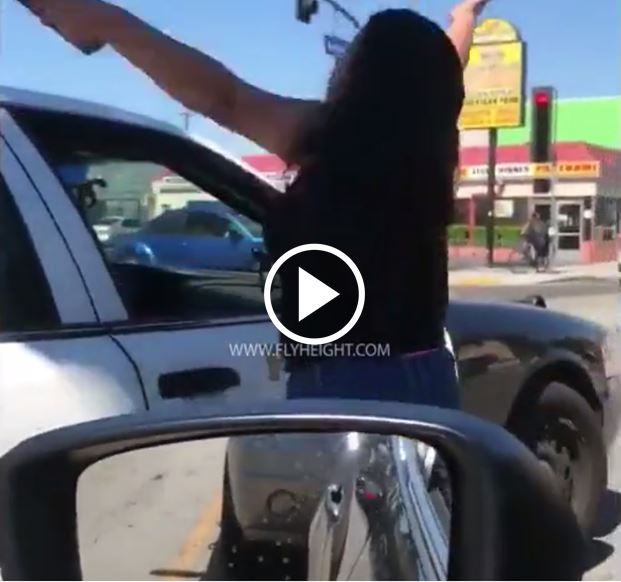 A video of a girl has gone viral after freaking out in the middle of the street.

Law enforcement are called to put a stop on the ruckus the girl is having on a busy street.

The girl was upset with the police for putting her ‘homeboy’ in the back of the cruiser, so she hits the cop car and brought her rage into the middle of a busy intersection.

The police officer tried to calm her down but did not succeed, looks for a fight instead.

The officer eventually gets her out of the intersection the only way he can.