You can’t judge a book by its cover and the same goes for people. Sometimes a simple act can save a person’s life, and that is exactly what happened when flight attendant Shelia Fredrick noticed a disheveled teen girl on a flight from Seattle to San Francisco. She wrote a simple note that turned one young woman’s life around in ways most of us cannot imagine.

The moment Shelia Fredrick noticed the girl with greasy blonde hair sitting in the window seat on a flight from Seattle to San Francisco, she knew right away something was wrong, and boy was she right.

Fredrick, 49, said that the girl looked rugged, and like she had gone through quite a lot. She said the girl looked about to be 14-15 years old, but was with an older, well-dressed man. After seeing the two together, bells went off in her head. Something was not right with this picture.

“I left a note in one of the bathrooms. She wrote back on the note and said ‘I need help’ “ said Fredrick.

Shelia then proceeded to go to the pilot and told him what was going on. And from there, the police were called and were waiting in the terminal when the plane landed, arresting the man. 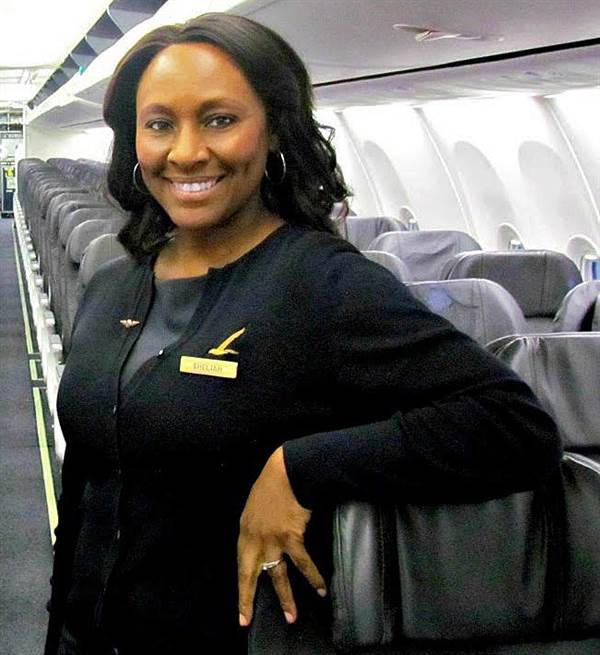 Because of training from the Airline Ambassadors, where flight crews are trained to spot traffickers and are then reported to authorities. And due to this training, 2,000 human traffickers were arrested and identified 400 victims just last year.

It’s important to be compassionate sometimes because we never know what challenges others might be facing. In this case, it saved a young girls life and that is something Shelia Jackson should be proud of.