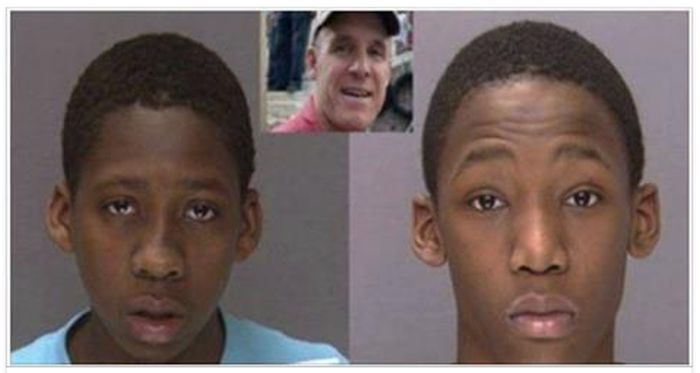 Philadelphia police launched a search for a 15-year-old boy who reportedly shot and killed a 51-year-old man while he was walking his dog. James Stuhlman usually brought his 13-year-old daughter along for his nightly walks through his Overbrook neighborhood, but last month, he decided to take the walk alone.

Stuhlman was approached by three teenagers who tried to rob him. One of the teens fired shots at him, WCAU reported. “At one point, he did plead for his life,” Homicide Capt. James Clark said at a news conference. “He said, ‘Please don’t shoot me, please don’t shoot,’ and they still shot him one time.”

Authorities said the suspects were two boys aged 15 and one aged 14. The 14-year-old is facing lesser charges after he cooperated with the investigation. One of the boys, Brandon Smith, 15, was charged as an adult, reports the Philadelphia Inquirer. The hunt then began to find the other 15-year-old suspect. He was allegedly the one who pulled the trigger and killed Stuhlman.

Clark told reporters the boy is considered “armed and extremely dangerous.” Authorities said the three teens were looking for a target that night and had considered a younger man. They ultimately decided to pursue Stuhlman because he seemed to be an easier target. Stuhlman struggled briefly with the teens before Hamilton reportedly shot him. They immediately fled the scene.

Police found Stuhlman dead, clutching the dog leash in one hand and holding a flashlight in the other. “The dog was lying next to him — appeared to be scared and in shock,” Lt. John Walker told WCAU. “In his other hand was a flashlight.”

“His daughter goes for a walk with him almost every night,” Clark added. “For whatever reason, he said to her, ‘it’s a little late tonight I don’t want you walking with me.’ So in effect, he may have saved his daughter’s life.” Police raided a home where the teenagers reportedly lived, where they found handguns and assault rifles.

The teens appeared to have no other motive in the murder aside from killing someone, as they did not take anything from Stuhlman before they fled. “For no other reason than these kids wanted to rob somebody, he ended up losing his life,” Clark said. “His daughter will never see her father again. That is really sad.”