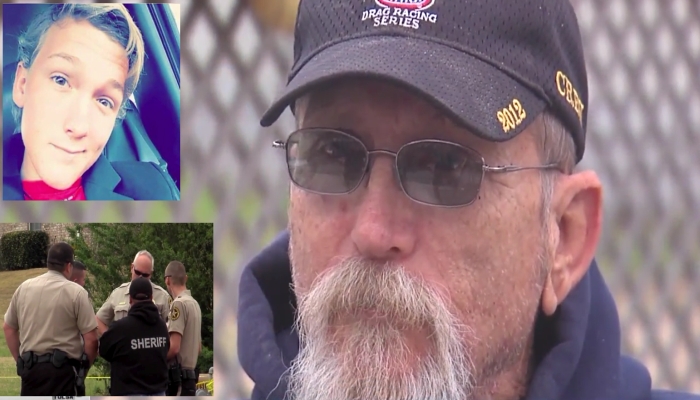 The grandfather of a dead teenage robber criticized an Oklahoma man for using an AR-15 to defend himself against the group of burglars Friday.

Leroy Schumacher, the grandfather, said there was no reason his grandson had to die over the attempted robbery, reports KTUL.

“What these three boys did was stupid,” Schumacher told KTUL. “They knew they could be punished for it but they did not deserve to die.”

Jacob Redfearn, his grandson, and two other teens, Maxwell Cook and Jake Woodruff , were fatally shot by Zach Peters when they tried to break into Peters’ home on March 27. Armed with an AR-15, Peters shot all three of the would-be robbers.

Wagoner County Sheriff’s deputies arrived on the scene to find all three dead teenagers. Police recovered a knife and brass knuckles on the bodies.

Schumacher said it was unfair for Peters to shoot at the robbers because they only had brass knuckles on them. “Brass knuckles against an AR-15, come on, who was afraid for their life,” Schumacher continued.

Schumacher protested that Peters hasn’t been charged for shooting at his grandson and the other potential burglars. Schumacher believes people have a right to protect their homes, but they shouldn’t kill people who break into them.

Deputies said the shooting looks like it was in self-defense, but they will be investigating just to be sure.

“It looks like self-defense from the preliminary investigation, but that’s all speculative,” Wagoner County Deputy Nick Mahoney said. “There’s some speculation as to whether or not that (Stand Your Ground) law applies in this case, the simple answer is I don’t know.”