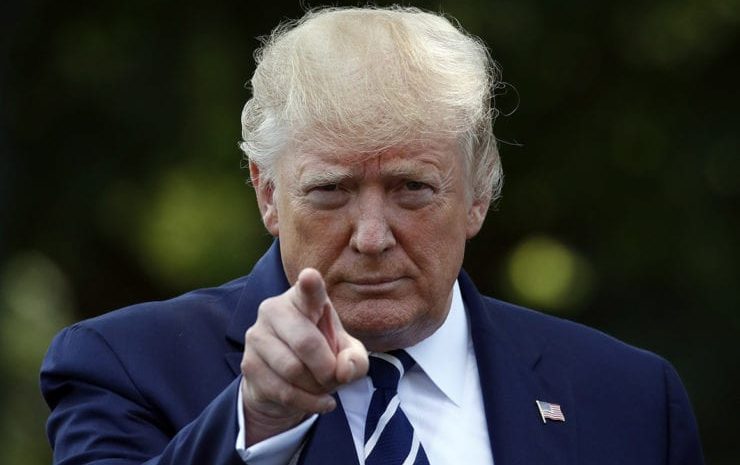 We certainly are living in some interesting times and they just keep getting more interesting with each passing day, but the story of Trump being reinstated has to be the most interesting.

A few days ago I reported that the word on the street was that Trump would be reinstated by August. Also, there was the story that Former Trump advisor Micheal Flynn was calling for a “Myanmar-style coup”, but guess what? Neither Trump nor Flynn has said this but the mainstream leftist media is having a field day reporting it.

In fact, New York Times reporter Maggie Haberman said on Tuesday President Trump has been telling “people he’s in contact with”  that he will be reinstated by August.

Trump has been telling a number of people he’s in contact with that he expects he will get reinstated by August (no that isn’t how it works but simply sharing the information). https://t.co/kaXSXKnpF0

Now let’s take a step back.

One would think that if Trump said this he would offer a statement, right?

I mean after you think about it for a moment it would make sense that he would release this or communicate somehow.

So, why is the mainstream media pushing this narrative?

It seems they want to place blame on General Flynn for supporting the idea of a “Myanmar-style coup”.

General Flynn already came out on Telegram saying that he has never advocated for any type of coup in America.

Here is what General Flynn said on Telegram as a response:

Let me be VERY CLEAR- There is NO reason whatsoever for any coup in America, and I do not and have not at any time called for any action of that sort.

Any reporting of any other belief by me is a boldface fabrication based on twisted reporting at a lively panel at a conference of Patriotic Americans who love this country, just as I do.

I am no stranger to media manipulating my words and therefore let me repeat my response to a question asked at the conference: There is no reason it (a coup) should happen here (in America).

The left is completely triggered by the idea of President Trump returning.

Trump and Flynn are saying he'll be back in the White House by August. If anything happens like Jan 6 every person spreading election lies must be charged with domestic terrisom including those in @GOP . https://t.co/aVz6eKHyly

Trump "I'll be reinstated in August"
Flynn "Time for a coup"

What this tells me is Trump knows he will be INDICTED, probably by Labor Day. So, time to spin up the coup machine and get the right wing radicals to surround and protect him…

Please cover this as another coup attempt. Trump, Flynn, and the other Kraken traitors are planning to reinstall him in August They must be shut down now

Is it possible that the “coup” story is nothing but a diversion from the pervasive voter fraud being discovered in the audits?

Check out this article from Yahoo News

Pay attention to how they twist General Flynn’s actual words to fit their leftist agenda:

Former President Donald Trump reportedly expects to be “reinstated” by August as he remains “laser-focused” on Republican-led audits of votes from the 2020 election.

Despite no evidence of widespread fraud in the 2020 election, Mr Trump is still pushing baseless election conspiracy theories, claiming the election was stolen from him.

Reporter Maggie Haberman of The New York Times responded to a tweet by CNN reporter Donie O’Sullivan on Tuesday. He wrote: “Talk of a Myanmar-style coup in the United States has been popular among some Trump supporters and QAnon believers for months.”

Haberman added: “Trump has been telling a number of people he’s in contact with that he expects he will get reinstated by August (no that isn’t how it works but simply sharing the information).”

“It isn’t happening in a vacuum. It is happening as he faced the possibility of an indictment from the Manhattan DA,” she wrote.

reported last week that the Manhattan district attorney has convened a grand jury to decide if Mr Trump should be indicted on criminal charges in relation to his business dealings.

The jury will meet three days per week for the next six months to review the criminal probe into Mr Trump and other executives in the Trump Organization.

Haberman linked his talk of being reinstated with the conspiracy-driven “audit” of votes in Arizona by Trump supporters, which he apparently believes will prove he, and not Joe Biden, won the state and which he thinks will trigger audits to overturn results in other states he lost.

She added that Mr Trump “is not putting out statements about the ‘audits’ in states just for the sake of it. He’s been laser-focused on them, according to several people who’ve spoken with him (as well as [Washington Post] reporting a few weeks ago)”.

The audit of votes in Maricopa County, Arizona has been criticised, including by some Republican County Officials, for being run by amateurs and “grifters,” NPR reported.

FiveThirtyEight wrote that it’s not “an audit or a recount. It’s a partisan inquisition”.

Arizona Senate President Karen Fann told NPR that “other senators and Senate presidents and speakers from other states” have contacted her in the hopes of taking similar actions in their own states.

There are people calling for audits in two counties in Michigan, including in Antrim, where a lawsuit promoted by Mr Trump was thrown out by a judge last week.

A conspiracy theorist in Georgia has requested to review copies of absentee ballots in Fulton County, which includes Atlanta, despite two recounts in the state having declared President Joe Biden the winner.

A lawsuit by nine voters led Henry County Chief Judge Brian Amero to agree to unseal 147,000 mail-in ballots. The board of elections and the county court clerk in Fulton County filed motions urging the judge to dismiss the lawsuit about a week later, according to Fox 5 Atlanta.

“Why are the Radical Left Democrats in Georgia fighting so hard that there not be a Forensic Audit of 150,000 absentee ballots in Fulton County?” Mr Trump said in a statement. “There can be only one reason, and that is because they know the vote was corrupt and the audit will show it. Republicans must fight hard and win!”

Authorities on the state and federal level have said on multiple occasions that there is no evidence of widespread fraud in the 2020 election.

David Becker, the executive director of the Centre for Election Innovation & Research, told NPR: “The election deniers in many cases have taken on a strategy where they’ve tried to go at individual counties thinking that those counties might be less – have fewer resources and be less inclined to oppose some of these fake so-called audits.”

Some Trump supporters have suggested that a coup should take place to reinstate Mr Trump.

Retired lieutenant general Michael Flynn, Mr Trump’s first national security adviser, recently said that a Myanmar-style coup “should happen” in the US. The military seized control in Myanmar on 1 February, forcefully taking over from a democratically elected government.

“No reason. I mean, it should happen here,” Lt Gen Flynn said when asked why what happened in Myanmar couldn’t take place in the US.

Are the audits sending the deep state into such a panic that now they have to prep Biden supporters for President Trump’s return?

If so, it’s going to be one hot August with President Trump back!