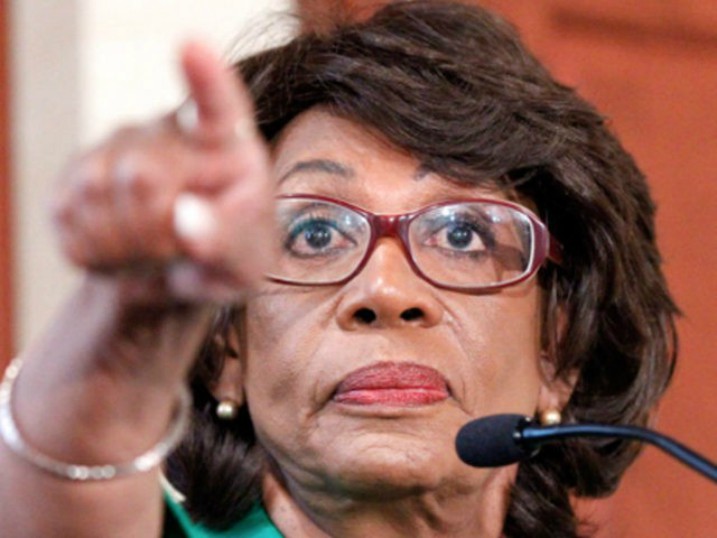 Crazy Auntie Maxine may be buying more than she bargained for.  She claims she is organizing in order to bring President Trump down, but when you consider her congressional record in 26 years that she has been in Congress, there is nothing to conclude that she knows anything about being successful.  She is more of an office sitter.

She represents one of the poorest and most crime ridden districts in America, while she lives it up in a 4.6 million dollar mansion.  At her current salary, assuming she pays no taxes, utilities, buys no food and owns no car, it would take her 26.5 years to save up that much money honestly.  It should be noted the she has been named the most corrupt politician in congress no less than 4 times.

Therein lies her problem.  As she continues her mindless campaign, more and more people will begin pointing out such items such as how she got bailout money for a bank she and her husband owned a large stake in.  Or how she sells endorsements and has funneled a quarter of a million dollars to her daughter.

After New Hampshire Democrats blocked reporters from attending an annual picnic that Rep. Maxine Waters (D-CA) headlined on Sunday, Waters reportedly told attendees that she and her allies are actively “organizing” to bring down President Donald Trump.

She also reportedly said of Trump: “This man is deplorable, dishonest, a liar, a bully and I want him impeached.”

New Hampshire GOP Chair Jeanie Forrester said Rep. Carol Shea-Porter (D-NH), who invited Waters to the event, “must be ashamed to be seen standing next to looney Maxine Waters.”

“Today, just minutes before the Democratic fundraiser with Liberal Congresswoman Maxine Waters, members of the press were notified the event would be closed, with no explanation as to why the change took place,” Forrester said. “Are New Hampshire democrats so ashamed and embarrassed by the potential of a Maxine Waters 2020 campaign for president that they would block the press at her first New Hampshire event?”