Shocking footage shows a naked man screaming at people in a Chicago neighborhood as he is covered in blood after cutting off his own penis. 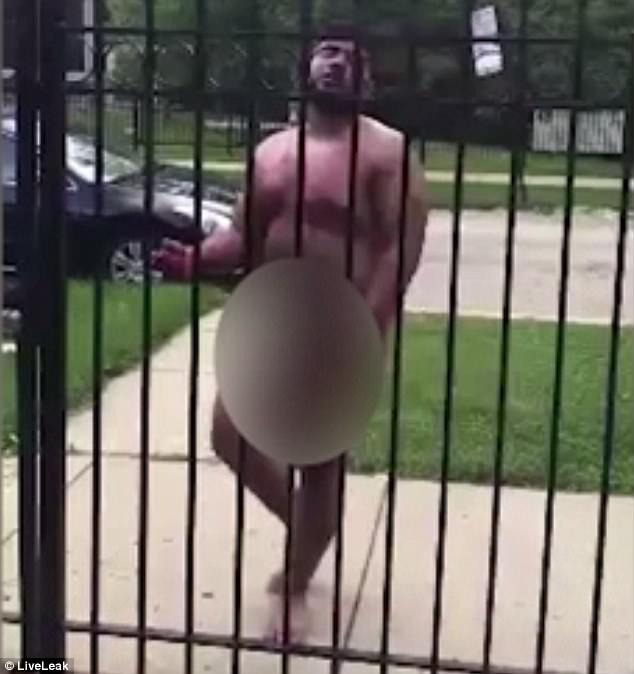 The unidentified man appears to be high on acid or synthetic drugs in the video clip filmed on Monday evening near the intersection of Grace Street and Drake Avenue in the Irving Park community. 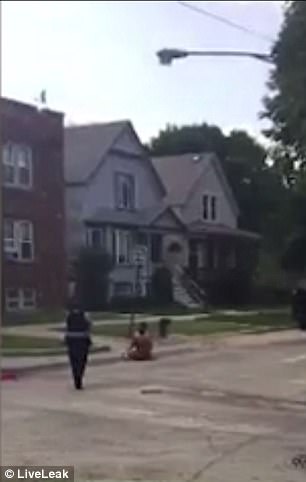 The footage begins by showing the man, who is bleeding heavily from his crotch, shouting nonsense and swearing at residents who are behind a large metal gate.

Witnesses can be heard screaming ‘calm down’ before he charges toward a female Chicago Police Department officer who is standing in the middle of the intersection. The man is screaming ‘get outta here b****’ at the female officer, who quickly draws her taser as she shouts at him to ‘get on the ground’ before firing it at him.
The man, who appears to be in his 20s, falls to the ground. 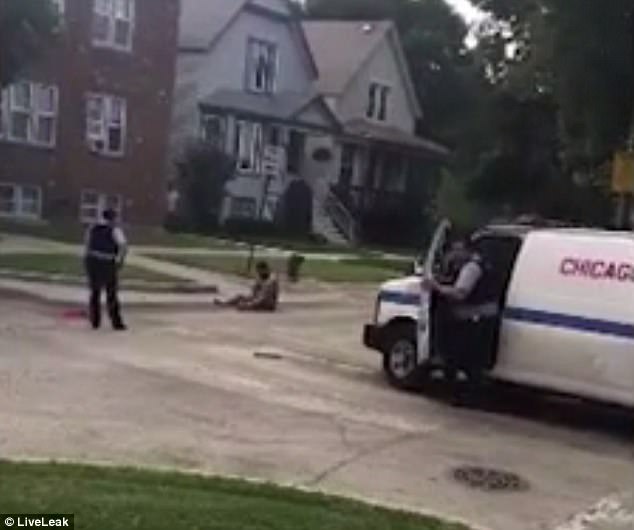 The person filming the harrowing video can be heard shouting, ‘Oh my God, bro. Shoot his a**. Shoot that mother f****r. This is a time when you shoot people!’.