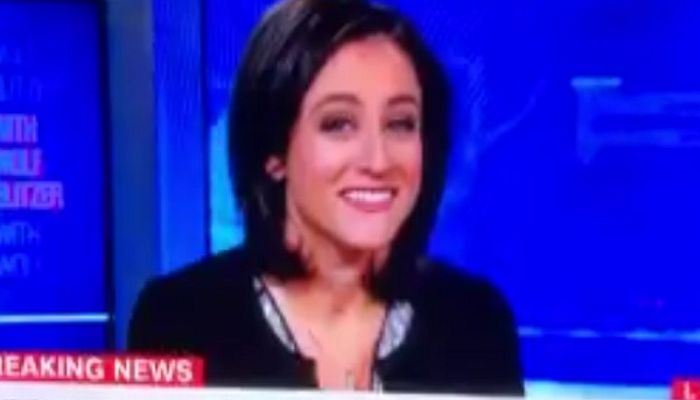 I simply cannot imagine what could possibly be so amusing while watching the brutal assault and torture of a disabled man at the hands of four thugs but apparently CNN reporter Sarah Ganim found something to be quite humorous and could not contain her laughter.

While on set with Wolfe Blitzer on Thursday, video footage of the brutal torture of the Chicago teen is rolling when Blitzer makes the comment “So shocking. Sara, how long was it being live streamed on Facebook?”

Ganim, clearly unaware the camera has panned back to her and Blitzer, is seen yucking it up on live television. Blitzer then repeats himself by saying “Sarah, how long was this being face-streamed live on Facebook?”

Watch the video below. I would say Ganim has some serious explaining to do.