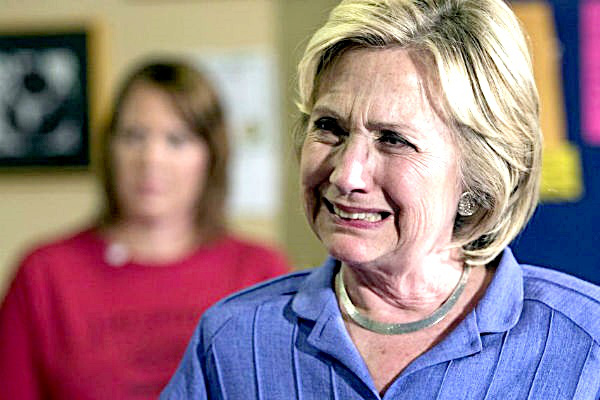 A commencement speech given on June 8 by Hillary Clinton saw the former presidential candidate targeting President Donald Trump, stating that “losing an election is pretty devastating, especially considering who I lost to.”

As she has done in most public speeches since the election, Clinton slammed Trump throughout the address. She took on many of his more controversial stances, including the travel restrictions the Trump administration has sought to impose on visitors entering the U.S. from six Muslim-majority countries.

Clinton urged the graduating class not to allow the government to regress on issues of civil rights that turn people against each other, and pointed to Trump’s “Muslim ban” as a “particularly egregious example.” Clinton reaffirmed that “yes, it is a ban, as the president himself made quite clear this week.” Trump’s use of the term “ban” contradicts his White House spokesman and lawyers’ arguments that it is not a ban.

“The Muslim ban is a particularly egregious example ― and yes, it is a ban, as the president himself made very clear this week,” said Clinton of the executive order.

“But you know, attacks on civil rights don’t have to be dramatic to be dangerous.”

She also focused on voting rights and participation. “Look at the efforts to suppress the vote, the principal right that Medgar Evers fought and died for,” she said.

Medgar Evers College, located in Brooklyn, is a senior college of the City University of New York. It is named after Medgar Wiley Evers, an African-American civil rights leader assassinated in 1963.

Clinton went on to blame the Justice Department for supporting “state efforts to make it more difficult for law-abiding citizens, especially for black, poor, elderly and young to cast their ballots.”

Clinton encouraged the graduates to “register immediately and vote in all elections. … All of the speaking out and protesting doesn’t mean much if you don’t help choose the elected officials who have the ability to shape your world.”