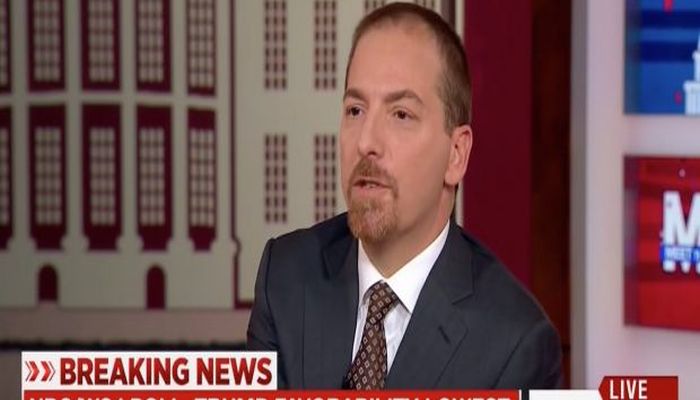 MSNBC’s Chuck Todd was beside himself Tuesday as he described the resignation of National Security Adviser Michael Flynn as, “Day one of what is arguably the biggest presidential scandal involving a foreign government since Iran-Contra.”

Todd’s reference to the Iran-Contra Affair — a major scandal for the administration of Ronald Reagan involving illegal dealings with multiple foreign governments and eventually dozens of criminal indictments — came after General Flynn was asked to resign on Monday.

These assurances did little to calm Todd’s instance on something much more significant than has yet been revealed about General Flynn’s departure from the West Wing.

“Take a breath, hyperbole aside folks, hunker down. This is a class five political hurricane that’s hitting Washington,” he told his MSNBC viewers, excitedly shifting in his seat as he reported on the matter.