12:49 PM PT — Chris’ entourage has started filing out of the house. They’re all lining up outside the front door with cops checking them for weapons. Still no sign of Chris yet.

At the same time … police are holding a news conference at the base of Chris’ driveway.

11:11 AM PT — We’re live streaming outside Chris’ house … where police are waiting for him to surrender.

Police have retrieved at least one gun, other weapons and drugs from Chris Brown‘s home, after Chris threw a duffel bag out the window of his home … TMZ has learned.

TMZ broke the story … cops raced to Chris’ home early Tuesday morning after a woman called 911 and claimed he pulled a gun on her.

Police have been at the house since 3 AM and are in the process of getting a search warrant. Chris has not left the house, but multiple sources tell us he was defiant as he threw the duffel bag out the window, taunting cops and saying, “Come and get me.” 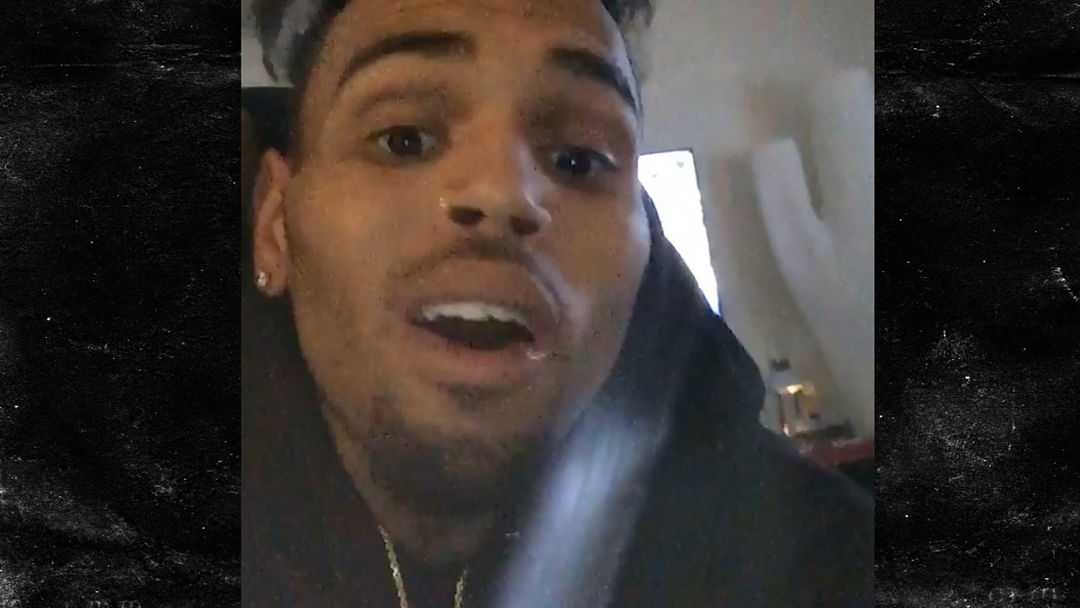 Chris posted a video in which he refers to Black Lives Matter, saying “f*** the police.”

Two sources on scene tells us in addition to weapons there were drugs in the duffel bag.

As for the woman who called 911 … she’s a beauty pageant title holder.