Christopher Janes Kimberley, 56, filed a federal lawsuit in New York against Chelsea Clinton, 37, and Penguin Random House over her book “She Persisted.”  Kimberly read the book and immediately recognized large portions of the book that matched up with a book he wrote that was never published.

Coincidentally, (or not) Kimberly had sent his book to Penguin Random House, the publisher of Chelsea’s book.  Kimberlt then began to recognize other parts of his book that appeared in Chelsea’s.  He then filed suit.

Court documents obtained by DailyMail.com reveal Kimberley is seeking up to $150,000 in damages and any profits from the New York Times best seller.

Kimberley said he wrote an all-ages, three-volume illustrated children’s book ‘A Heart is the Part That Makes Boys And Girls Smart’ in 2013.

Clinton’s book, published May 30, targets readers ages four to eight, according to its description.

Kimberley’s book contains 15 quotes and stories from historical figures such as Helen Keller, Harriet Tubman and Nellie Bly in its ‘Quotable Questionnaire’ section. Clinton’s book features 13 stories and quotes including those three women.

Kimberley said he sent off his book proposal via Facebook to Penguin Random House but he never heard back.

He accuses the president of Penguin Young Readers US, Jennifer Loja, of receiving the submission, reading it, taking his idea and giving it to Clinton.

Kimberley alleges Clinton’s book willfully infringed upon his work by including quotes and stories from the women in featured in his. 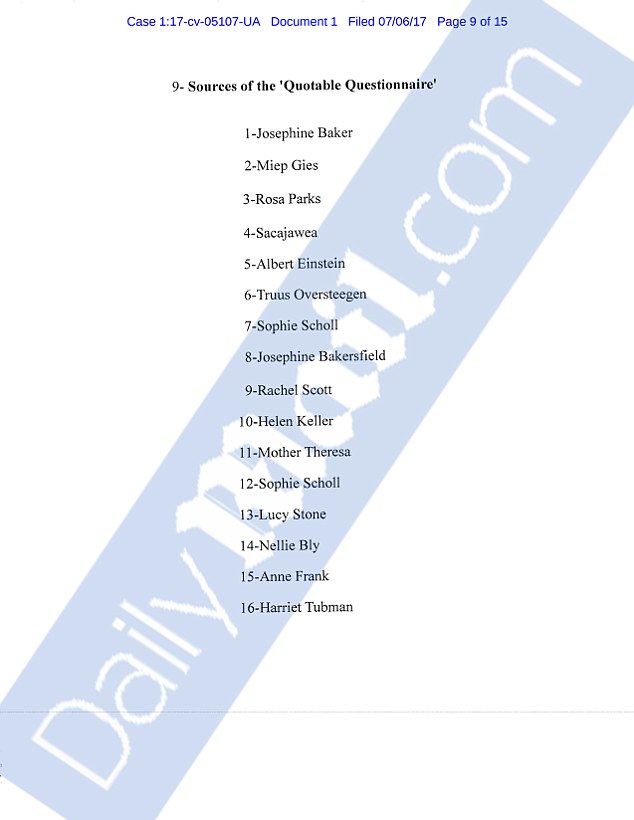 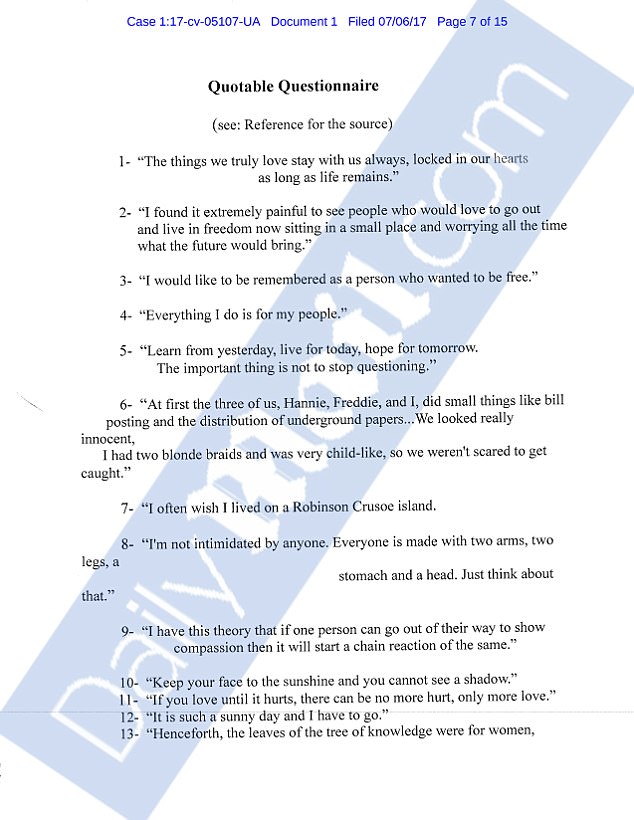