Sally Jones is a British punk rocker-turned jihadi, but after some time decided the life of a terrorist was not for her and attempted to flee Syria. However, her plans didn’t unfold the way she had hoped when her brainwashed 12-year-old son stopped her. 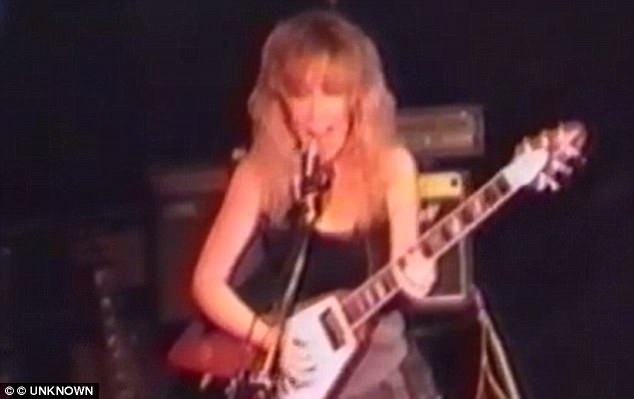 Jones, 50, from Kent, is said to be keen to run away from Raqqa as coalition forces prepare an assault on the ISIS-held area. However, her son Jo-Jo has committed himself to the terrorists’ cause and is refusing to leave.

An unnamed friend told the Sun: ‘Jo-Jo was just an ordinary kid when she took him away from his home in Kent.

‘She ruined all of that by fleeing with him.’ 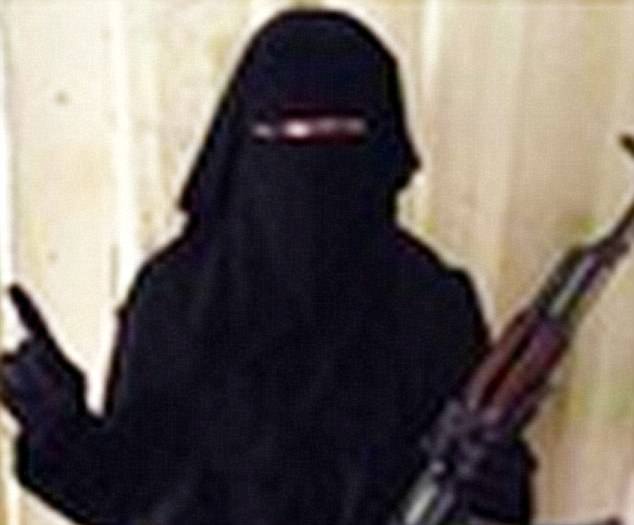 It was revealed earlier this month that Jones is desperate to come home after her husband Junaid Hussain was killed in a drone strike. The Kent mother was put on the Pentagon’s kill list because the couple was responsible for planning a dozen terror plots.

One foiled plot hatched by the pair involved kidnapping a former US soldier and beheading him on camera. Another plan was to be carried out by a teenager shooting at hundreds of people at a nightclub or concert.

Jones, 50, who once played in a female punk band, ran away from her home in Chatham, Kent, to wage jihad with her toyboy husband in Raqqa, Syria, the terror group’s de facto capital. 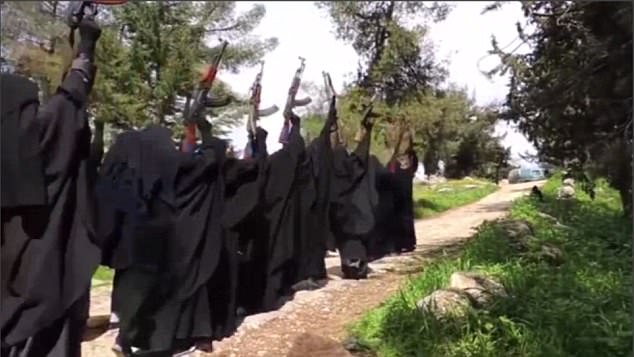 An ISIS video emerged of the mother-of-two leading members of the al-Khanssaa Brigade – the all-women army set up by ISIS – in a series of chants expressing the fighters’ commitment to jihad.

The convert has previously hinted that she might fancy becoming a suicide bomber herself, writing earlier: ‘I know what I’m doing. Paradise has a price and I hope this will be the price for Paradise’.

It is believed that Jones recruited dozens of women to ISIS via social media before her accounts were shut down. She fled the UK with Jo-jo, who she now calls Hamza, while her 18-year-old son was left behind.

Since then, Jones has posted a series of chilling threats on social networking sites. She also posed for photos with an AK-47, while dressed in black with her face veiled. After her husband’s death, it is thought she received a monthly salary from ISIS of £520, plus a bonus of more than £200 every couple of months for being the widow of a ‘shahid’ or martyr.

According to one activist she is yet to remarry because ‘she is considered old and ISIS fighters prefer young girls.’

The former lead guitarist – who spent a lifetime on state benefits while living in the UK – also ranted online about how she wanted to behead Christians with a ‘blunt knife’. Using the pseudonym Umm Hussain al-Britani, she also abused Jews and praised Osama bin Laden. Her family has previously said they are deeply shocked by her conversion to radical Islam.