‘You’ll miss your stop, n*****!’: Man slaps racist woman in the face after she taunts him and calls him the n-word four times on bus journey

This is the moment a man tired of being taunted slaps a racist woman in the face after she called him the n-word four times during a bus journey.

The shocking footage, filmed by a fellow passenger, appears to show a woman goading a man until he snaps.

The incident is understood to have happened on public transport in the United States. 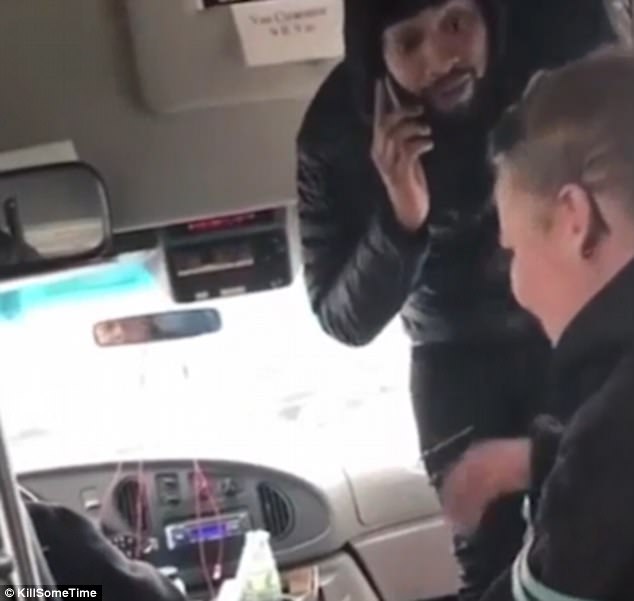 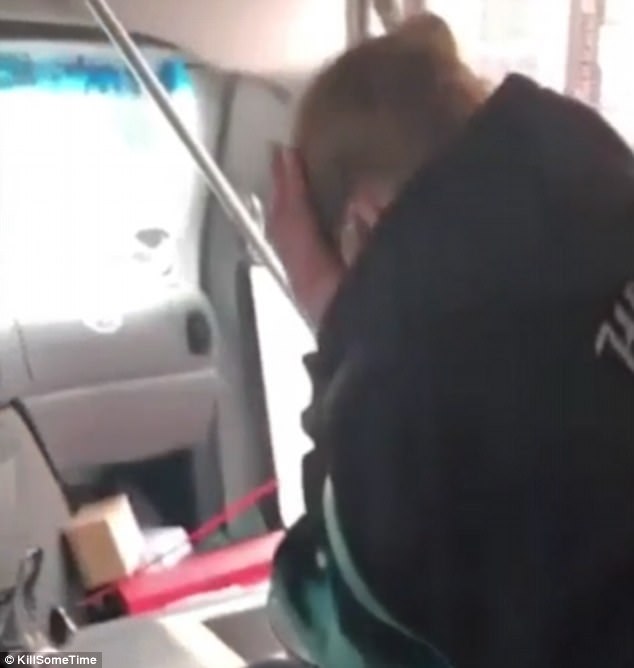 The shocking footage, filmed by a fellow passenger, appears to show a white woman goading a man until he snaps

The video begins with the woman, dressed in a tracksuit and with her hair in a ponytail, arguing with the man.

The visibly upset man jumps to his feet and expresses to the bus driver that he would like him to pull over as the woman continues to goad him.

Then she starts laughing at him and cruelly points outside the window of the bus and says: ‘You’re missing your stop, ******!’

The man asks the bus driver, who remains silent throughout the incident, to open the door and to pull over.

The woman cackles, ‘Goodbye ******!’, and laughs loudly, appearing to taunt the man further.

Before he shockingly slaps the woman across the face.

Unfortunately you’re allowed to be an a-hole racist, but you’re not allowed to strike someone. 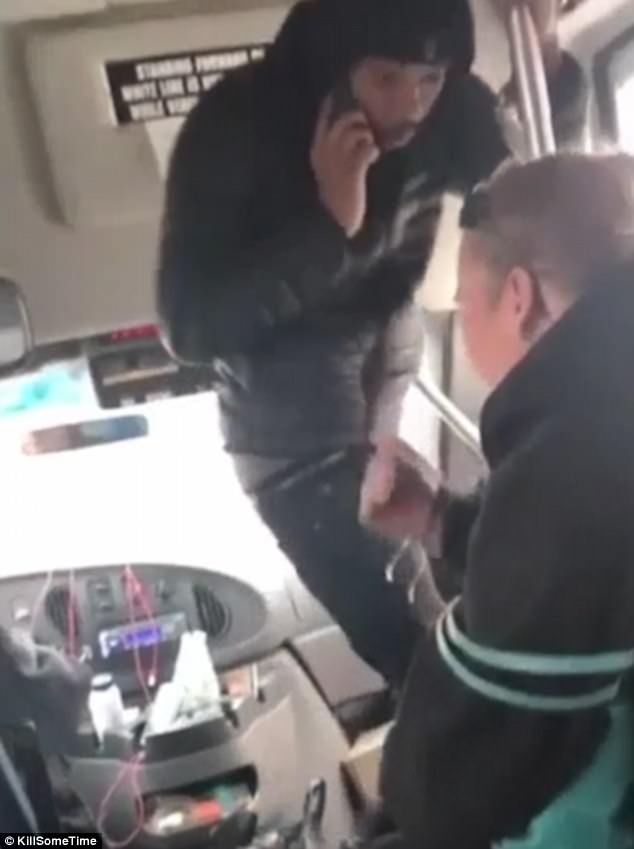 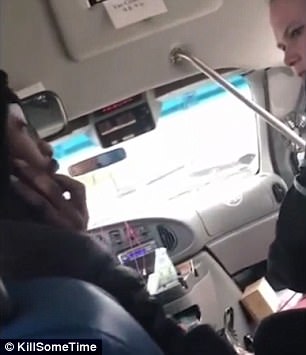 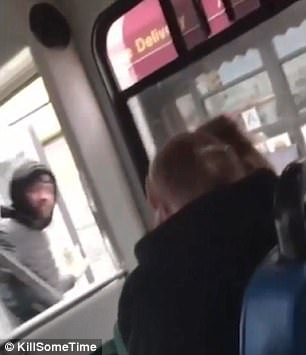 He gets off the bus and the woman, appearing dazed, puts her hands in front of her face as though she can’t believe what has happened.

What the woman says next is unclear, but she bends over in pain while clutching her head.

But instead of being met with sympathy, the until-now silent cameraman chuckles.

The video has been posted on various social media sites but it has not yet been confirmed where the incident took place.

On Facebook alone, it has gathered 3.3million views within ten days. 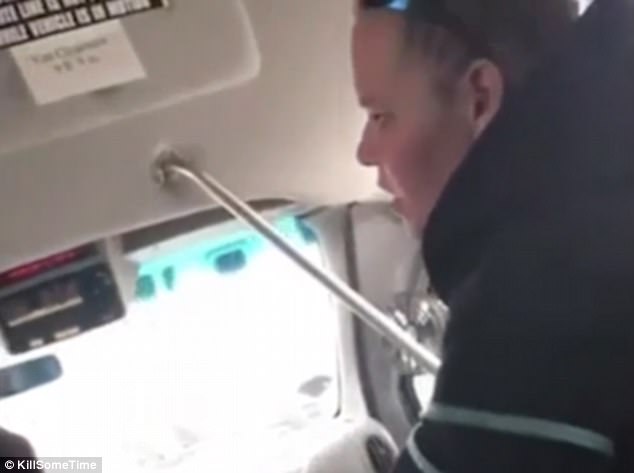