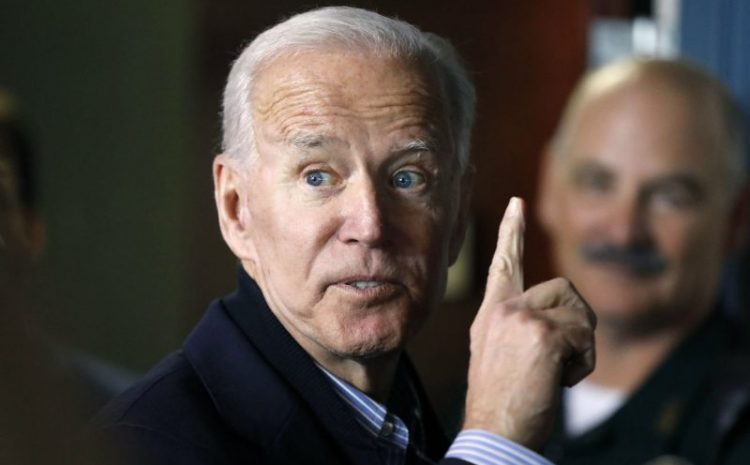 The speech that we have all been waiting for has occurred as Joe Biden FINALLY addressed Congress. However, there were a few things spotted during this sham of a speech that caught people by surprise, and no it wasn’t the number of dislikes Biden was receiving on many different news media outlets either.

People began noticing something funny about his appearance.

Do you see it? Watch below:

First off, we all knew that the speech would be a bumbling mess just like all the others he has attempted to give, but did you catch it?

Joe Biden, the supreme leader of mask mandates was maskless.

Then right behind him was Biden’s two minions sitting there with their masks on even though they are fully vaccinated. I don’t know about you but that doesn’t give the two thumbs up for the vaccine if they are still wearing their face diapers.

Others on Twitter noticed the confusing message being sent and posted about almost instantly.

(The messaging is confusing; why is Biden not wearing a mask? Or… why are Pelosi and Harris wearing masks?)

The Democrats don’t even care that Biden giving a speech without a mask while the Speaker and VP are wearing a mask is instantly the dumbest optics in the history of presidential addresses. pic.twitter.com/2wcvBIk5ze

Biden is telling “go get vaccinated, America” while Kamala Harris and Nancy Pelosi (both vaccinated) are behind him wearing masks.

Not exactly a strong argument to get vaccinated if life will be the same.

Ok, that was a lot easier to catch but there was another thing that people noticed that could be considered a little bit harder to catch.

If you look closely at Biden’s hand you will notice that he is not wearing his wedding ring either.

Joe Biden has been married to Dr. Jill Biden since 1977. He reportedly had to ask five times before she said yes. But it turns out that Joe Biden doesn’t wear a wedding ring for mysterious reasons.

“In fact, President Biden didn’t wear a wedding ring when he was serving as vice president, and neither did President Barack Obama for the most part,” Distractify points out. “Jill is regularly seen sporting her wedding ring, as was Michelle Obama. Their husbands, on the other hand, have elected to go ringless for much of their public life for reasons that they’ve never fully articulated.”

Joe Biden didn’t wear a wedding ring during his first primetime address to Congress, either.

Donald Trump also did not wear a wedding ring during his presidential addresses to Congress, either. It is unclear why many politicians have decided not to wear their wedding rings, but at the very least, it is an unusual trend.

Do you think politicians should wear their wedding rings? Weigh in below.