It is being reported by the Daily Mail and other sites that singer Ariana Grande has reached out to the families of the concert goers who were killed at her Manchester concert and they are saying she offered to pay all the funeral expenses.  That would be a very generous offer.  With 22 dead and averaging six thousand each it would be at least $132,000.

Sources close to the star says that she is devastated by the deaths of her fans.  She cancelled all the remaining dates on her current tour.  She isn’t the only special member of her family.  It seems that after the explosion, Grande’s mother, Joan had led concert goers to safety after the blast.

Ariana Grande has reportedly offered to cover the funeral costs of the victims of Monday’s terror attack in Manchester, according to reports.

An account dedicated to the pop superstar claims that the devastated singer has pledged to help the families of the 22 people who lost their lives in the bombing of Manchester Arena following her concert.

The site, called Ariana Updates!, shared a post saying: ‘News on Ariana: Ariana has reached out to the families who’s loves ones died last night….she is gonna pay for the funerals!’

As the chaos following the attack unfurled on Monday night, it has been claimed that the singer’s mother Joan immediately escorted terrified fans to safety backstage after the explosion was first heard.

The site reports that Joan had still been sitting in her seat on the front row when the bomb detonated in the venue’s lobby after the show – and was quick to come to the aid of surrounding fans.

Fellow concert-goers reveal Joan had called as many as 10 children to follow her backstage, leading them to safety seconds after the attack that has killed 22 and left 119 injured.

The site reports that Joan had been preparing to visit her daughter backstage and congratulate her on another tour performance, when the suicide bomber targeted the sell-out concert.

Eye-witnesses state Joan, flanked by Ariana’s security team, had then escorted a large group of fans sat close the stage out of the concert hall and into to the dressing rooms.

The singer’s mother reportedly comforted the panicked youngsters there until they were safely evacuated by police, who arrived on the scene soon after. 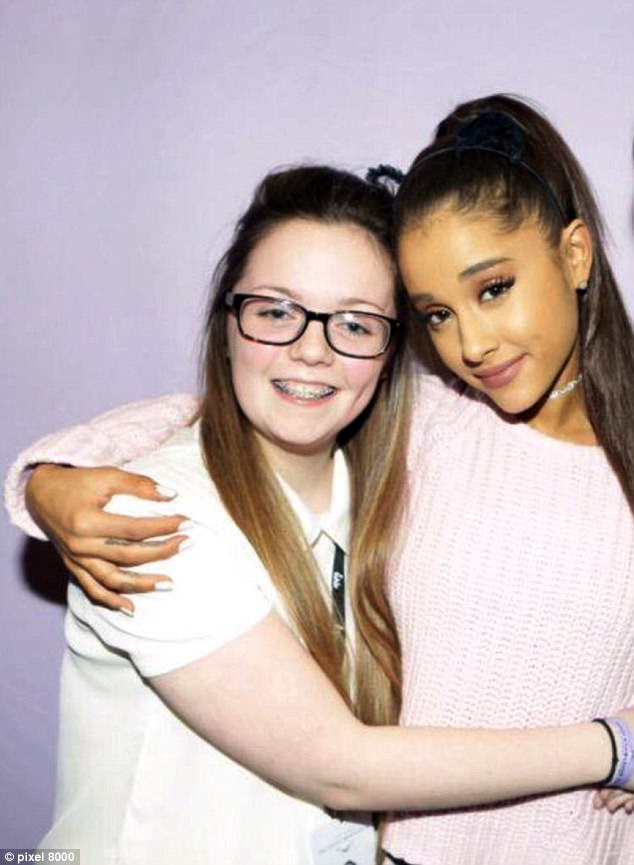 This is  Georgina Callander.  She got a selfie with Grande during a meet and greet.  Georgina was one of the victims of the suicide bomber. 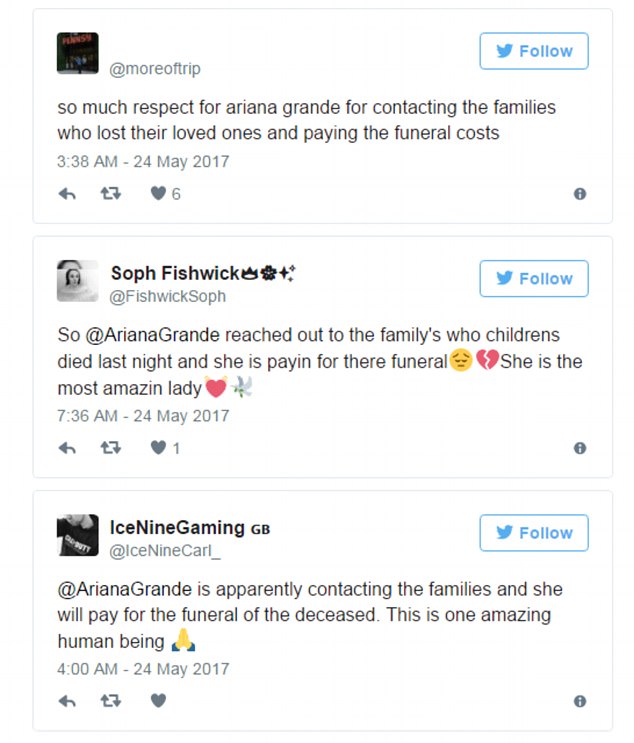