Now before you SJWs start calling me a racist and a bigot, the word I used was manual not Manuel.  The Pinkos in the Antifa movement pulled much of their training manual from Marxist sources, excoriating capitalism and praising communism.  But can any of them name one communist dictatorship with a thriving middle class.  And to promote terrorism and executions are a salute to all fascists throughout history.

Redneck Revolt refers to these public institutions as “systems of social control [that] only exist to serve the rich,” and calls for the end of the “nation-state project.” It lists the US Armed Forces alongside the Ku Klux Klan as having “undermined the struggle for freedom among all people.”

The “Resources” page of the group’s website offers a number of publications that promote violence, including a 36-page manual called the “Mini-Manual of the Urban Guerrilla,” which advises readers on how to conduct urban warfare, with sections on “sabotage,” “kidnapping,” “executions,” and even “terrorism.”

Here is a portion of the training manual: 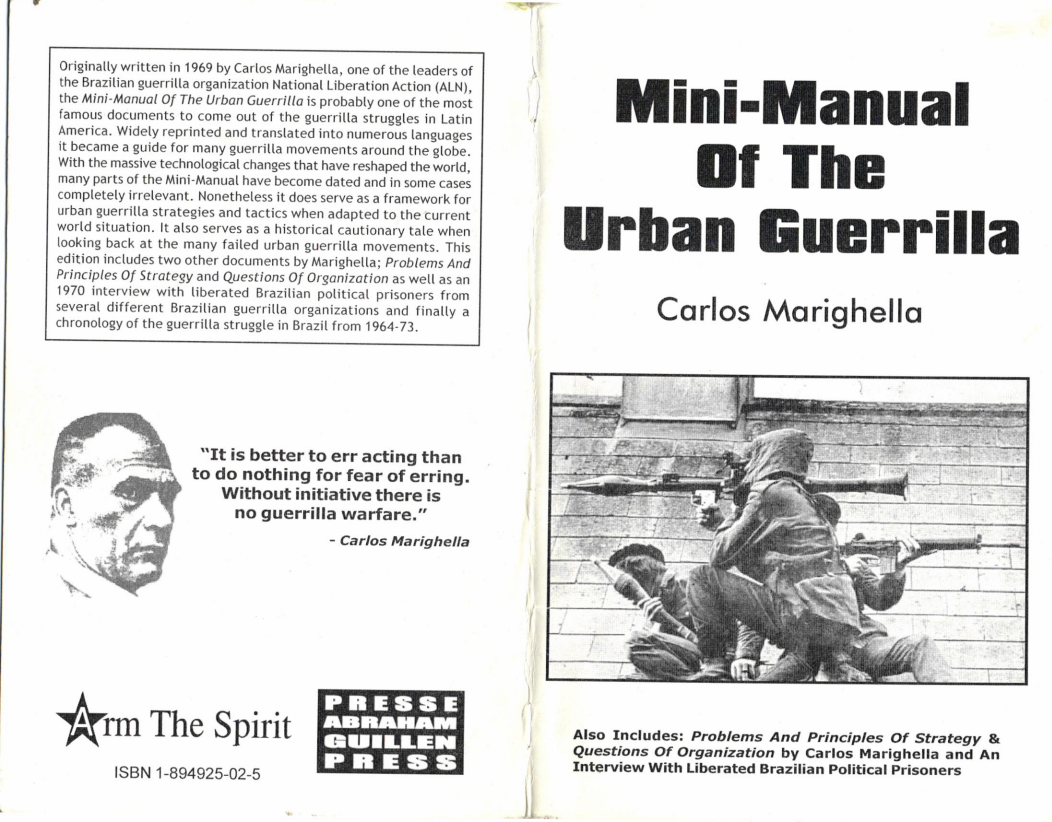 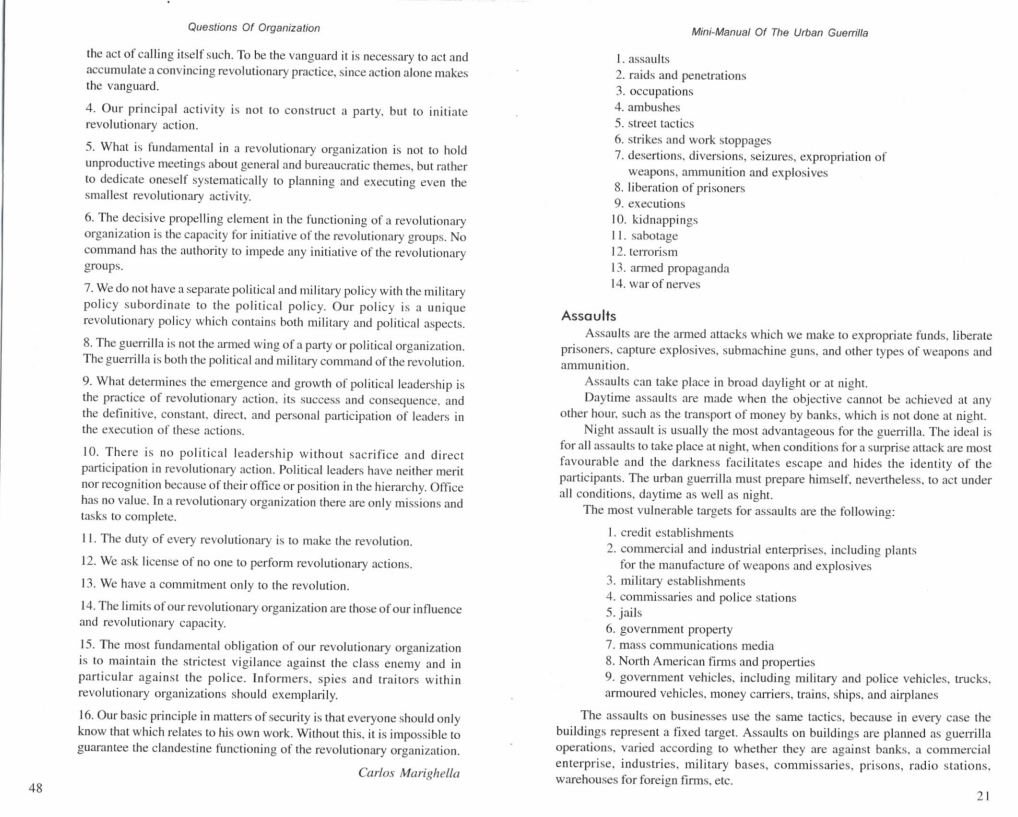 “Redneck Revolt” is more than just a website or a call to action. VICE News did a short documentary on a chapter of the armed group when they marched through Asheboro, North Carolina to protest a scheduled rally by the Ku Klux Klan. In the documentary, they yelled chants against both the police and the KKK, to the ire of residents who support the authorities.

“Racist. Sexist. Filled with hate. America was never great,” chanted members of the group in the filmed protest.

“Redneck Revolt” has gone beyond simply protesting far-right extremist groups, organizing armed rallies alongside other Antifa groups at the Arizona State Capitol to counter a Trump rally. The group reprinted its report, “It’s Going Down,” which received funding through Patreon until its account was suspended last week.