Photos captured the incredible moment a 12-year-old girl helped deliver her baby brother on Tuesday.
Jacee Dellapena was asked to step in when her mother went into labor at Baptist Hospital in Jackson, Mississippi.
Jacee’s mom, Dede Carraway, recalled that obstetrician Dr Walter Wolfe saw Jacee eagerly supporting her mother and asked if she wanted to deliver the baby herself. 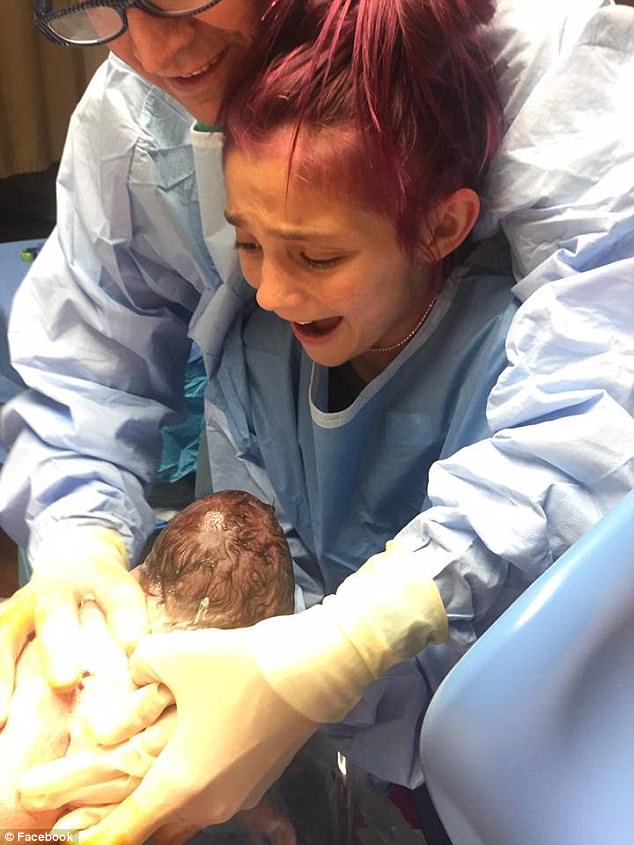 Carraway says Jacee wanted to be in the room a couple of years ago when her middle son, Zaydn, was born, but her parents decided she was too young.
However, because it was the family’s last born child, they decided Jacee was ready to be in the room during delivery.
‘I started crying because I thought I wasn’t going to get to see him be born, because I was too short,’ Jacee told MS News Now.
‘Doctor Wolf said, “Why don’t you just let her suit up and deliver the baby?”‘ Carraway continued.
‘And I said “What? No!”‘

However, Jacee was outfitted in scrubs and latex gloves.
Her father, Zack, captured the moment on camera as Dr Wolfe guided Jacee’s hands through the entire birth, including cutting the umbilical cord.
In a Facebook post about the birth, Carraway wrote: ‘I have the most AMAZING doctor!’

Check out more photos and the rest of the story here.