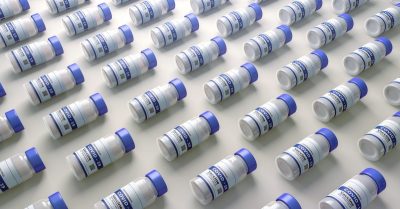 The mainstream media and celebrities have been super busy pushing the COVID vaccine onto everyone. They are in essence working with the leftists and big pharma to ensure that everyone gets this experimental vaccine and it has to make you wonder why in all honesty.

Why would these leftists be so hell-bent on making sure the entire population of American and the rest of the world get these experimental jabs?

Well, if you asked me it would go back to the fact they are pushing for depopulation of the planet which has been said multiple times by Bill Gates, and that is what these jabs appear to be doing.

The mainstream media will report all day on how wonderful they are but they won’t touch a story where a woman who receives the jab loses BOTH her hands and legs after receiving it.

Now, I have spoken on the dangers of this vaccine and the horrible side effects of vaccine damage, but this one has to be one of the worst.

Jummai Nache immigrated to the United States from Nigeria.

Nache and her husband have worked in the Minneapolis Christian community since settling in the country.

Her employer coerced her to take the experimental COVID-19 jab as a condition of employment.

And it had tragic results for Nache.

After receiving a second Pfizer #COVID19 vaccine, she immediately had complications and later had to have both legs amputated.

Her hands were also damaged and will also be amputated.#AdverseReactions?https://t.co/eFBYQzz0fZ

Any employer which mandates a vaccine as condition of employment should be FULLY financially responsible for all adverse events. Period.https://t.co/RnWUlzRo8A

Health Impact News had the story:

Jummai Nache, and her husband, Philip Nache, were born in Nigeria and came to the U.S. to settle in Minneapolis a few years ago, working with the Southern Baptists to plant churches among the African communities living in Minneapolis.

They were reportedly forced to leave Nigeria due to the “Boko Haram terrorist group,” and eventually ended up in Minneapolis serving as missionaries with the Southern Baptists.

Tragically, it appears that the Naches have adopted many of the American Christians’ values here in the U.S., which includes participating in and trusting the corrupt medical system.

Jummaci was working as a medical assistant in a clinic in Minneapolis and was instructed to take the COVID-19 “vaccines.”

She complied, and immediately after getting the second injection, according to her husband, “she started to experience chest pain at work.”

Things went down hill fast after that, as the all-too-familiar symptoms of blood clots, a known side effect of the Pfizer COVID-19 shots, were found in her heart, and today she has had both legs amputated, and will also have to have both of her hands amputated.

Her case is supposedly “rare,” as her husband reports that after the CDC and “70-80” doctors investigated her case, and reported back to him:

the CDC sent us a letter of their conclusions which stated that Jummai was infected with MIS-A and covid-19, but they cannot conclude whether the covid-19 vaccine contributed for now.

Her entire story is published on their GoFundMe account, written by her husband, where they are trying to raise money for their medical expenses.

It is already concerning that you cannot sue the vaccine makers for any adverse effects and that needs to be changed immediately.

There is no reason that we can sue McDonald’s for making coffee too hot or a gun manufactures for the death of someone but we cannot sue a pharmaceutical company if one of our family members is injured after taking something like this.

If there was ever an issue we could all get behind this one would be it for me.

There needs to be accountability for safer treatments and that is one way to do it.