Scams have been a very popular crime not only in the United States but all over the world. As technology grows rapidly, so are the scammers – they’ve been more creative and convencing that most people fall for it.

Authorities are very aware of these scams,  they are doing their best to secure the American people away from these crooks – and we truly admire that, and we should not be defunding.

Recently, a new trend of scams is striking out at grocery stores across the country. But Bill Stanton, a security consultant has partnered with Inside Edition to warn the American people about how fluent and way-finder these crooks can be.

In the closed-circuit security footage, you’ll witness as one scammer sneaks up on a female shopper and attempts to commit his act of theft. 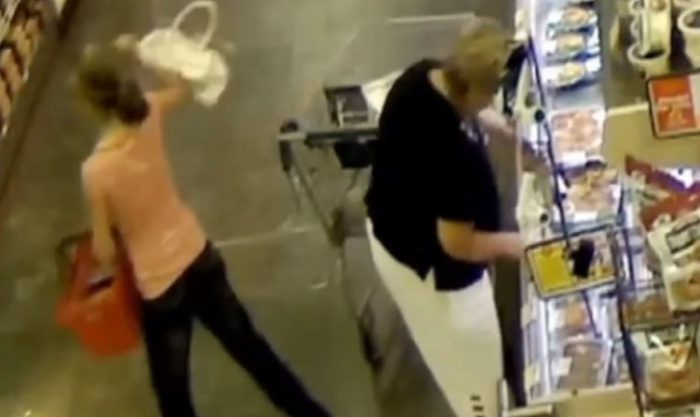 Bill Stanton said in a statement, “It is so quick, people don’t know it’s happening, If you leave your wallet or purse in your grocery cart, you’re at risk of this terrifying trend no matter where you live.”

This is true, we know how hard it is to spend our hard-earned money to the point that we think too much about how do we spend it, and little do we know, we are already getting robbed.

Shelly O. wrote, “Never turn your back leaving your purse unattended. Always keep the basket in front of you. I always keep mine in front of me, plus I tie it with the child belt. I also carry pepper spray.”

Inside Edition ran a report to get to the bottom of this wave of theft (watch the video below). As the purse-snatching trend continues to escalate, the investigative reporters sent in their moles to catch the act on camera and share it with their millions of viewers.

Most people would assume purse-grabbers work alone and snag what they can when they can. But Inside Edition exposed the truth about the trend. These thieves do not work alone as many might suspect. Instead, they have a partner in crime who practically assures a successful theft.

Too bad that these types of crimes really happen especially when supplies and our economy are down, more people would rather risk living in jobs just to put food on the table.