Airport security undoubtedly sees some strange things when bags are put through the X-ray machine before going on a plane. But a live dog? That probably was a first.

It really happened, though, as a dog was tucked away, alive, in a bag that went through the machine at Dane County Regional Airport, TSA Great Lakes revealed in a tweet. 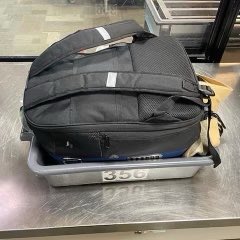 Airport security shared the unnerving discovery on Twitter, saying “a dog was accidentally sent through the X-ray this week” in Dane County Regional Airport (MSN), in the US state of Wisconsin.

A dog was accidentally sent through the X-ray @MSN_Airport this week. When traveling with any animal, notify your airline & know their rules. At the checkpoint, remove your pet from the bag and send all items, including the empty carrier, to be screened in the machine. (1/2) pic.twitter.com/JLOStCDsir

The photos showed a Chihuahua lying down in a zipped-up black backpack, which was placed in a tray that went through the carry-on baggage scanner. Thanks to the shocked security staff, the tiny dog was soon freed.

“When traveling with any animal, notify your airline and know their rules,” TSA Great Lakes tweeted. “At the checkpoint, remove your pet from the bag and send all items, including the empty carrier, to be screened in the machine.” 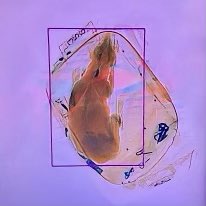 People couldn’t believe that someone would do that to their pet, taking to the comments to share their thoughts.

“What don’t people understand about traveling with pets. If they can’t pay the pet fare then don’t fly…simple,” one person said on Twitter.

“That is inhumane to carry a pet in a sealed backpack, which of course is not airline approved for carrying a pet,” another said. “Most likely they were trying to get past not having to pay the carry-on pet fee. Sick.”

Some slammed the act as animal abuse. “This is clearly not an accident! This is animal cruelty and the owner should be out in jail,” one person said.