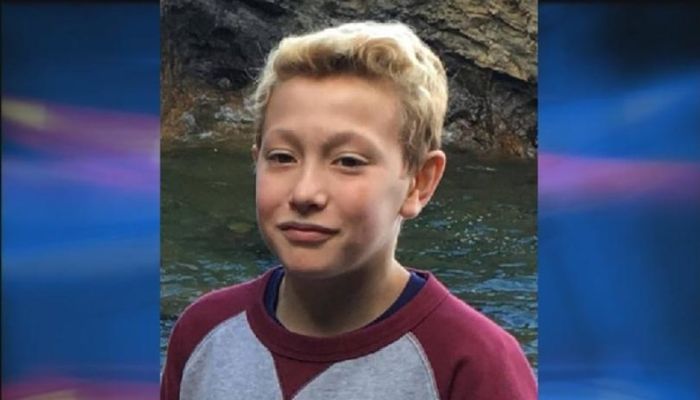 A Michigan mother is pleading for families to speak to their kids about the dangers of internet bullying after her 11-year-old son died in hospital following an attempt to take his own life.

Katrina Goss said her son, Tysen Benz, chose to end his own life on March 14 after a social media prank. Tysen was on life support at a hospital in Ann Arbor, but died on April 4.

Goss is now urging parents to reach out to their children and remind them of how precious life is. She is also warning parents about the dangers of the internet, social media and texting.

The mother issued the following statement:

“My son Tysen Benz was an 11-year-old student, athlete, comedian, friend, brother, charismatic and all around amazing child. On Tuesday March 14th he impulsively chose to end his own life as a result of a horrific act of a social media prank which is under investigation by authorities. He clung on with the help of life support until Tuesday April 4th.

He has now been set free and can Rest In Peace. He was loved by everyone he knew and he will absolutely never be forgotten. Our family is completely heartbroken. I urge families to speak out, reach out and communicate with your children about life’s precious gift and the dangers of the internet and texting and how telecommunications can have the same effects as speaking face to face.

I want Tysen to be remembered as he was and all the joy he’s brought to everyone. Keep his spirit alive by standing strong & fighting against social media bullying!!”

It is unknown how the 11-year-old boy decided to end his life. Details on the prank have also not been revealed, and the case is currently being investigated by police.

“There are no words. My heartfelt condolences to you for the loss of your beautiful son, wrote one commenter. “This is so tragic. Tysen did not choose to end his life, those who bullied him caused his death. I only hope that the person/people who did this are prosecuted to the fullest extent of the law.”

“Let this tragic event be a learning experience,” wrote another. “Bullying is not the same anymore. I have seen the documentary Bully. You watch people burying their children, you hear their painful stories. It’s blunt and graphic, but gets the point across.”

The commenter added: “I firmly believe this should be shown to kids, in the schools, from grade 6 on up. These kids need to realize these actions have very real consequences. It’s not a game, and it’s not funny. My heart goes out to this family.”