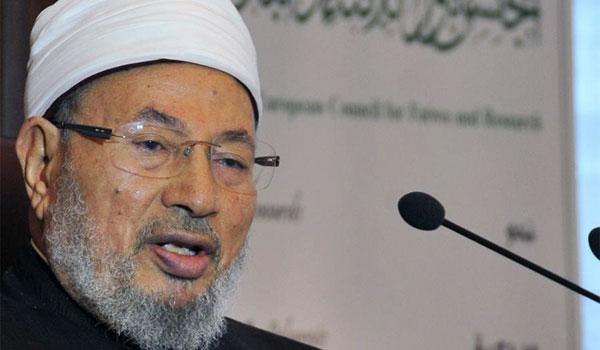 An FBI raid in Annandale, Virginia led to the discovery of a 30-year plan by the Muslim Brotherhood to destroy America from the inside. Agents discovered disturbing documents containing blueprints for the Muslim takeover of our country. Now that their cover is blown, it is up to all Americans to be aware of this and do everything in their power to prevent this from happening.

Twenty-seven years ago, Yusuf al-Qaradwai the leader of the Muslim Brotherhood traveled to America to organize Muslims across America, educating them with his plan for a complete takeover of the U.S that would take approximately 30 years to complete.

It included a key tactic known as “Muruna,” where Muslims are able to violate Sharia Law in order to convince Americans that they are just like us. Just like an Ebola virus, Muruna is extremely effective, as Muslims are now able to seamlessly integrate into every facet of our society

Now that we know the truth there is no longer any excuse to allow this behavior to take place. It is imperative that we do not lie down and take it. We have the numbers and it’s time to fight back. Our children’s future depends on it and we have an obligation to the younger generations to show them what being an American is all about.

“Phase One: Phase of the discreet and secret establishment of leadership.

“Phase Two: Phase of gradual appearance on the public scene and exercising and utilizing various public activities (It greatly succeeded in implementing this stage). It also succeeded in achieving many of its important goals, such as infiltrating various sectors of the Government. Gaining religious institutions and embracing senior scholars. Gaining public support and sympathy. Establishing a shadow government (secret) within the Government.

“Phase Three: Escalation phase, prior to conflict and confrontation with the rulers, through utilizing mass media. Currently in progress.

“Phase Four: Open public confrontation with the Government through exercising the political pressure approach. It is aggressively implementing the above-mentioned approach. Training on the use of weapons domestically and overseas in anticipation of zero-hour. It has noticeable activities in this regard.

“Phase Five: Seizing power to establish their Islamic Nation under which all parties and Islamic groups are united.”

While that is their general overall plan, the document that was seized in the raid reveals a chilling insight into their operations, mindset, planning, and vision of the Islamic movement rapidly taking over North America.

• Expanding the Muslim presence by birth rate, immigration, and refusal to assimilate;

• Controlling the language we use in describing the enemy;

• Ensuring we do not study their doctrine (shariah);

• Employing lawfare – the offensive use of lawsuits and threats of lawsuits;

• Demanding the right to practice shariah in segregated Muslim enclaves;

• Confronting and denouncing Western society, laws, and traditions; and

• Demanding that Shariah replaces Western law. Note that many of the foregoing techniques entail, in one way or another, influencing and neutralizing the American government at all levels.

It’s amazing to think that this plan is 30 years in the making and we are just now starting to be aware. For years Muslims have been flying under the radar building their arsenal and recruiting more to their evil cause. President Trump has been desperately trying to implement a travel ban from countries known to harbor terrorists but to this point has had trouble thanks to the left’s persistent effort to thwart him. The clock is ticking and it is only a matter of time until we start looking like Europe. Thankfully there is still time to stop this madness but only if we act NOW.