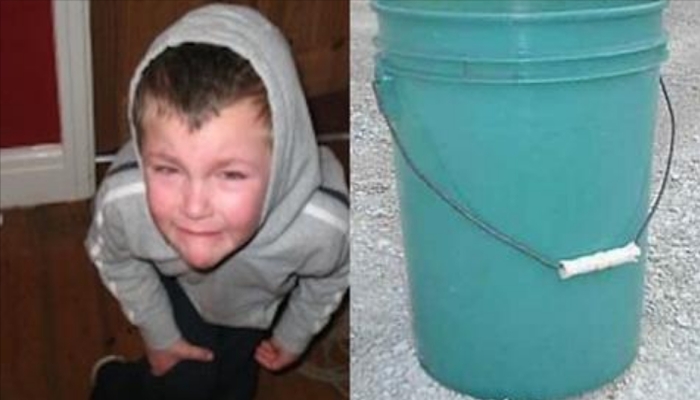 A second-grade teacher is accused of a very strange and disturbing method of discipline.

Parents at the Cool Spring Primary School in King William, VA, were outraged after they heard that a second-grade teacher allegedly made her male students put their heads in a bucket of urine, sniff, and snitch on whomever urinated in the bucket.

The teacher did this to find out which of the students urinated in the bucket.

Parent Shawn Martin found out when his son came home and complained that he’d had a bad day.

“And I said you’re an 8-year-old in the second grade,” said Martin. “How bad could your day have really been?”

That’s when Martin’s son told him how bad it really was.

“I don’t understand how anybody would make a child do that,” said Martin. “It is unacceptable.”

Students were sent home with a note informing parents that they may have been exposed to bodily fluids while at school. The teacher in question has been at the school for 26 years and is still on the job, reported WWBT.

In a statement, school officials said, “This is a personnel matter. Appropriate action has been taken to ensure that such conduct does not repeat itself. We will have no further comment.”

“They want to sweep it under the rug like it never happened,” said Martin. “That is not acceptable.”

He added: “There’s no right you can find out of this. Zero. Whatsoever.”

Martin filed a formal complaint and the school gave him the option to move his child to another classroom, reported Breitbart. But Martin said that would be punishing the wrong person.

It’s not yet clear if the teacher will see any real consequences for forcing students to smell urine.