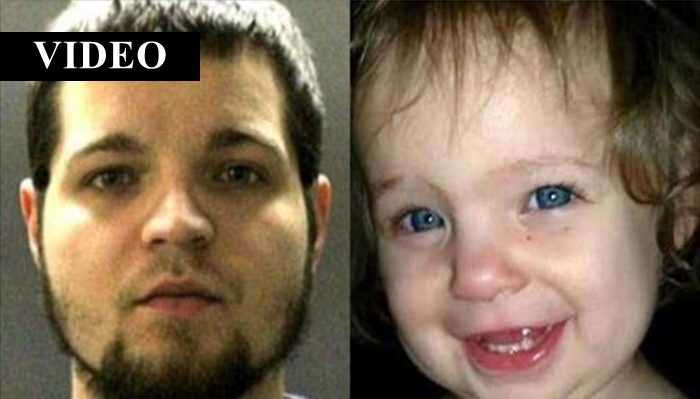 A 23-year-old Indiana man was sentenced to 60 years in prison after kidnapping, raping and strangling a 15-month-old baby to death. If he behaves well in prison, he could be released in 45 years.

Though many people called on prosecutors to seek the death penalty for the brutal killing, a judge instead reached a plea deal with suspect Kyle Parker, reports WRTV. At the earliest, Parker could walk free when he reaches 68 years old, at which point he will not be required to register as a sex offender, since he did not plead guilty to committing a sex crime.

The nightmare began when 1-year-old Shaylyn Ammerman went missing from her crib, setting off a frantic search that ended abruptly when she was found dead in a river bank.

The autopsy concluded that she died from asphyxiation and bore “very apparent injuries” from the sexual assault. Pediatric coroner Dr. Donna Stewart told investigators that Shaylyn’s was “the worst case of sexual trauma” she had seen throughout her career.

Shaylyn’s father, Justin Ammerman, told police that the girl disappeared after Parker was at the house for a few drinks.

“Last time I saw Shaylyn was in her bed and I leaned down and I said, ‘Daddy loves you,’ and gave her a kiss and hug good night,” Justin said at the time, according to WRTV.

Justin’s brother, Adam, said that Parker had cared for Shaylyn in the past and had even “rocked her to sleep” and “played with her,” according to WXIN.

“I knew Kyle through a friend of a friend and he was supposed to be [a] good friend and then he turned around and does this to our family and all I can say right now is I hope he burns in hell,” Adam added.

Parker reportedly confessed his crime to his stepfather, Mike Patton, while authorities were interviewing him. The 22-year-old reportedly told him that he burned the sleeper and pacifier she had with her in an attempt to hide his tracks, but he knew that they would have the truth once the DNA evidence came in. The stepfather immediately called police.