What A Top Trump Advisor Said About Reinstatement Is PERFECT! 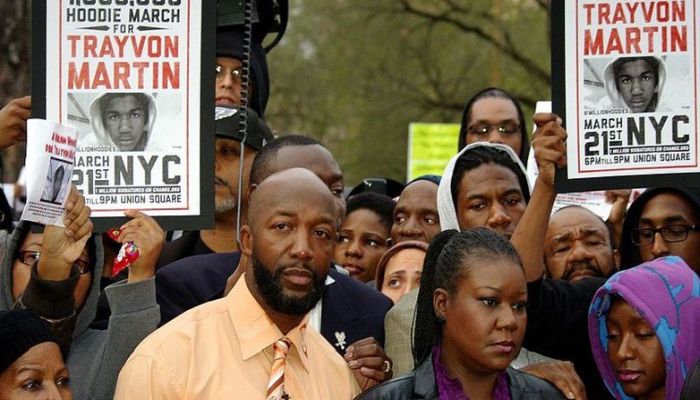 FMU announced the news on its official Facebook page.

“The University will confer upon TRAYVON MARTIN a posthumous degree in Aeronautical Science with a concentration in Flight Education in honor of his love for planes and the steps he took during his young life toward becoming a pilot,” the Facebook post reads.

Trayvon’s parents, Sybrina Fulton — an FMU graduate — and Tracy Martin, will accept the degree on his behalf.

FMU’s Facebook post included a quote from FMU President Roslyn Clark Artis, who said this year’s commencement “holds a special place in all of our hearts.”

“This academic year is symbolic of the transformative changes that we continue to make to our academic programs that extend to benefit the community, such as our Cybersecurity degree program and Cyber Warrior Diversity center that offers certificates to local residents and professionals,” Artis said.

“Of special significance is awarding posthumously the Bachelor of Science Degree in Aviation to Trayvon Martin,” she added. “Sybrina, our alum, epitomizes strength and dignity as she uplifts other victims of violence while effecting change for a more equal and just society.”

Trayvon was shot and killed in 2012 during a physical struggle with George Zimmerman, a neighborhood watch volunteer in Sanford, Florida. Zimmerman had called the police to report a “suspicious” person after he observed the 17-year-old walking back from a convenience store, according to The Atlantic.

Zimmerman maintained that he shot the teen in self-defense. He was acquitted of second-degree murder in July 2013.

The high-profile case triggered nationwide protests and served as a catalyst for the Black Lives Matter movement.

Since their son’s death, Fulton and Tracy have committed themselves to fighting for social justice. In 2013 they co-founded The Trayvon Martin Foundation, which is headquartered at FMU.

“The Trayvon Martin Foundation is a social justice organization committed to ending senseless gun violence, strengthening families through holistic support, S.T.E.A.M. education for women and minorities and mentoring,” the foundation’s website says. “Our strategy is to move from intervention to reform. Positively changing the lives of youth and their families through strategic programming and perpetual services is at the core of our existence.”

Fulton and Tracy also co-wrote a book about their son, “Rest in Power: A Parents’ Story of Love, Injustice, and the Birth of a Movement.” It was published in January.